Every year, millions of incidents of goods slipping off pallets occur, resulting in hundreds of millions of rework costs and waste.

The automatic rope making technology can roll up a circle of film rope and attach it to the pallet to fix the goods. This ensures that the goods will not slip out of the pallet during transportation.

At the same time, it can completely avoid the chain break problem of the traditional chain drive chassis;

Quiet, stable and low vibration during the operation of the chassis;

The service life is more than 3 times that of the traditional chain drive type in-line winding machine chassis.

The intelligent on-line winding machine adopts 89mm stainless steel conveyor rollers with a small distance between the rollers to ensure stable delivery of the pallets.

Stainless steel material can avoid problems such as rust and corrosion.

The over rollers of the front and rear conveyor lines are driven by a chain, which avoids the jam problem caused by the power interruption of the traditional unpowered over rollers during the connection and conveying process.

Using a newly designed upper cutting film system, after the tray is packaged, the tray will be perfectly sealed at the tail. 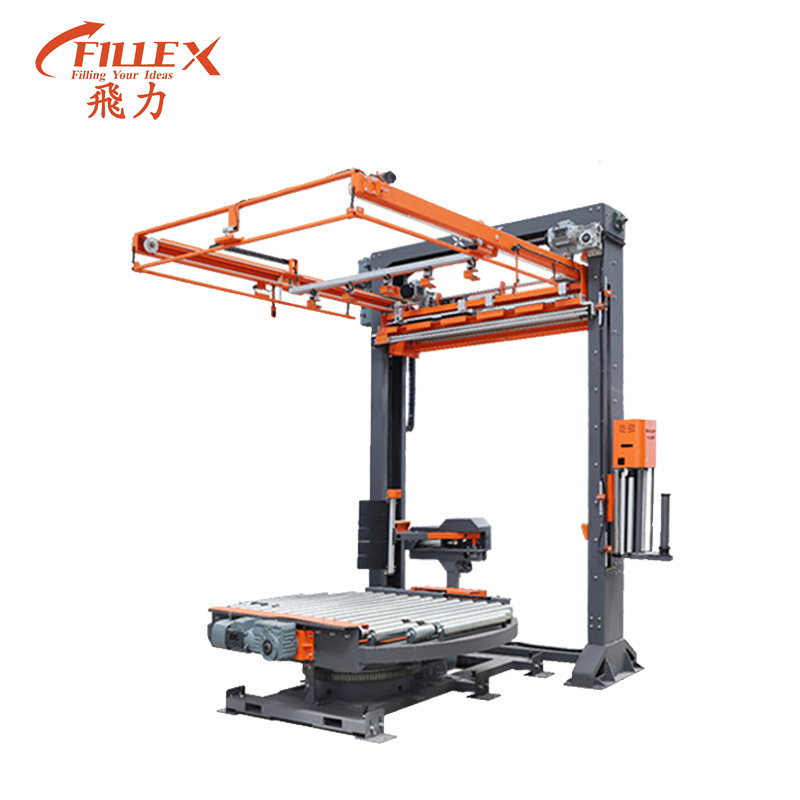